9 Reasons Why California Is So Expensive

With its incredible scenery, idyllic climate, and wealth of opportunities, it’s no surprise that California is one of the most desirable places to live in the United States. It also happens to be one of the most expensive.

Rent prices are notoriously high in California, but the elevated living expenses don’t end there. High taxes, costly vehicle expenses, and health care premiums are also to blame. If you’re considering a move to the Golden State, make sure you’re aware of all the contributing factors to the state’s expensive cost of living so you don’t face any surprises when you arrive.

California’s desirable climate and wealth of opportunities attract people from all over the world. Whether you’re hoping to pursue a career in entertainment, work for a big tech company, or just enjoy a slower pace of life by the beach, California is a land of opportunity.

Predictably, the state’s desirability means many people are competing for a limited number of places to live, especially in major cities like Los Angeles, San Francisco, and San Diego, where job opportunities abound.

Unfortunately, these cities don’t have enough housing to support the vast numbers of people who want to live there, which ultimately drives prices up. Those who can’t afford to live in these cities head for the surrounding areas, causing prices to go up in those communities too.

The demand for housing certainly contributes to the high cost of housing, but it isn’t the only factor driving prices up within the housing market or the state in general.

For many people, rent or a mortgage makes up the largest portion of their monthly expenses. This is especially common in California, where housing costs are up to 80% higher than the national average.

It’s no secret that there are many wealthy residents in California and plenty of multi-million dollar properties to match. Unfortunately, California has a significant lack of affordable housing. This is partially due to challenging zoning laws which make it difficult to build multi-family dwellings, including duplexes and apartment buildings.

The high cost of land and elevated prices for labor and building materials also make it challenging to construct affordable housing. These costs are then passed onto renters, via some of the toughest housing markets in the United States.

California’s high tax rates contribute to a higher cost of living overall. Both property taxes and state income taxes are high in the state. Plus, some counties have implemented a luxury tax on properties valued over a certain amount. Because of the high taxes, rental prices must be higher in the state to compensate for the cost of owning a property.

Additionally, California’s high poverty rates (which are linked to the exorbitant cost of living) mean there is a big demand for social systems within the state. This drives taxes higher as the government strives to ensure social programs have the necessary funding.

California offers the opportunity for individuals to earn higher wages than they would at the same job in other parts of the country. Part of this is because many major companies are headquartered in California, including Google, Amazon, Apple, Disney, and many more Fortune 500 companies.

These high-profile employers attract top-tier talent from across the country and are forced to meet them with higher than average salaries to entice them to live in such an expensive state.

While the cost of living in California is high, many people still have disposable income, meaning they reinject money back into the economy, which further elevates prices.

5. The push for renewable energy has driven up the cost of electricity

The cost of electricity in California is up to three times higher than in other states. These prices are partly due to the state’s substantial size and diverse geography. This increases the cost of distributing electricity and operating and maintaining the electrical grid.

On top of that, California has made a big push to get residents to adopt the use of solar power and other renewable energy sources. While this can save individuals a significant amount of money, it drives up electricity prices for those not using solar. These folks are often lower-income individuals who can’t afford the up-front costs associated with upgrading to renewable energy or renters who don’t have the option.

Individuals who rely on solar energy still draw most of their power directly from California’s electrical grid, but they offset the expense of doing so by selling their solar power back to the electrical company. In doing this, they are saving themselves money, but they’re no longer paying their fair share for the use of the electrical grid. Thus, it’s left to the customers who don’t have renewable energy to shoulder the burden of increased maintenance fees.

As droughts become more and more commonplace in California, water prices continue to rise. This means not only do state residents pay higher rates for their water utility bills, but other costs are inflated due to water expenses as well.

According to the EPI’s Family Budget Counter, food prices in California are the 10th highest in all of the United States. Part of the reason food costs more in California is that, overall, vendors can get away with selling it for higher prices thanks to the state’s higher-than-average salaries.

However, factors like high production and transportation costs, expensive rates on retail space, and the higher cost of labor also factor into the high prices. Again, a lot of food is grown in California, and the high water costs contribute to inflated prices. Not to mention, California is a large state, so transporting products costs more due to long distances.

If you’re living in California and commuting, fuel, and vehicle-related expenses will quickly become a big part of your budget.

The traffic in the Golden State is legendary, and so are the fuel prices. Thanks to taxes and regulatory programs, California has the highest fuel prices in the entire country at over $5 per gallon. A recent New York Times article explains that this is partly due to a hefty tax on gasoline (51.1 cents per gallon) and additional fees related to regulatory programs aimed at reducing greenhouse gas emissions. Altogether, these taxes and fees add over $1.27 to every gallon of fuel.

And fuel prices are just the beginning; the cost of auto insurance is extremely high in California, too. Factors like densely populated areas, high health care costs, a high percentage of uninsured drivers, and expensive car repair costs all contribute to elevated insurance premiums.

Another factor contributing to high vehicle expenses is taxes, and Californians pay nearly double the national average in vehicle taxes compared to the rest of the country.

California’s healthcare system is notoriously inaccessible and costly. The provider networks are narrow, making it challenging to find local doctors who will see you, and prices for insurance premiums are very high. The state imposes complex taxes and regulations on healthcare providers, making it challenging to keep costs low. Additionally, there are a limited number of insurance providers and hospital groups within the state, meaning there is little competition, and providers can get away with charging higher rates.

To make matters worse, money deposited into Health Savings Accounts (HSAs) isn’t tax-exempt in California, unlike most other states. This means there’s less incentive for residents to save money to put toward health care expenses.

There’s no way around the fact that California is an expensive place to live. But, with higher than average salaries, a wealth of desirable communities, and a diverse range of attractions, it may be well worth facing the high cost of living. Ultimately, many of the taxes and fees you’re forced to pay in California contribute to progressive state-wide initiatives, such as greenhouse gas reduction, that make it such a wonderful place to live. 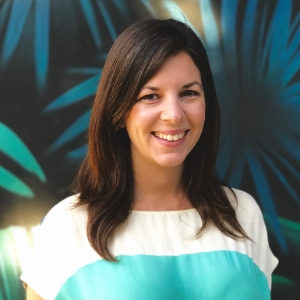 Janine DeVault
Janine is a freelance writer who has lived in Canada, the US, and Mexico. Throughout 13 years as a renter, 7 years of living abroad, and 5 years of self-employment she has gained expertise in topics like renter/landlord relationships, managing money as a small business owner, and the logistics of managing day to day finances while living abroad.